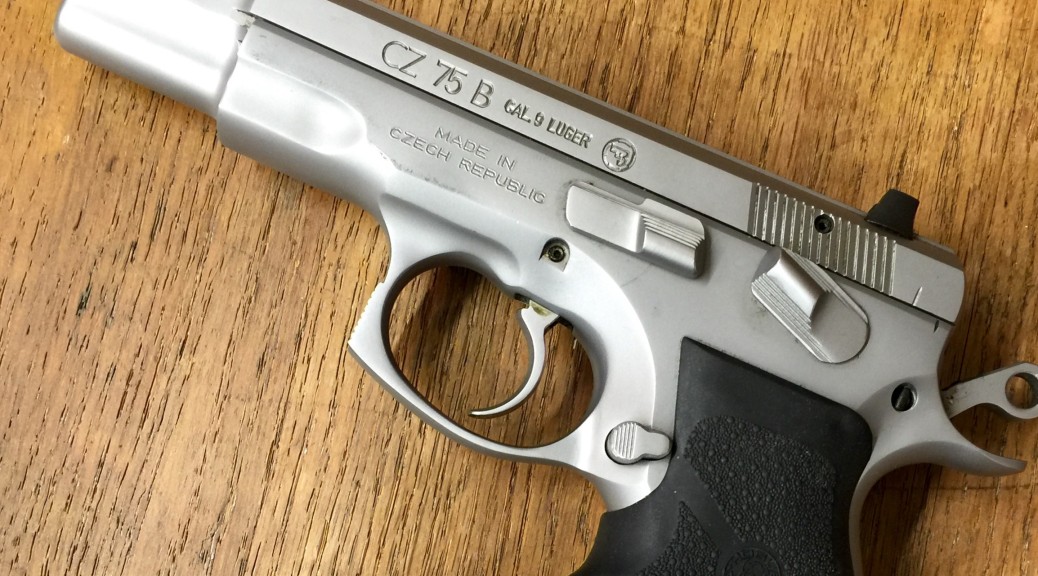 Most American pistol shooters have been trained that our magazines should drop free from the gun during magazine changes.

This prompts a common complaint among American shooters with the CZ75. When the magazine catch is depressed the mags only drop and inch or so. After the initial drop, they remain retained in the gun until removed by the shooters off hand.

The reason for this is the magazine brake. It is a small piece of slightly bowed spring steel in the magazine well that allows the magazine to drop and inch or so but does not allow it to drop free of the gun.

If you would like to change this behavior in your CZ75 check out the CZ Full Magazine Brake ⇒ from CZ Custom ⇒. Replacement of the factory magazine break with this aftermarket replacement part should allow the magazines to drop free during magazine changes.

A client came in to have a set of sights removed and replaced on a polymer semiautomatic pistol. He was replacing with Trijicon Bright & Tough Night Sights ⇒.

I talked to Trijicon and all of the pistol sights requiring a set screw in the rear sight take a 5-40 x 3/16″ set screw. Good to know.

Rumor has it that Trijicon will start shipping the screw with all sights that require the set screw by mid-2017. 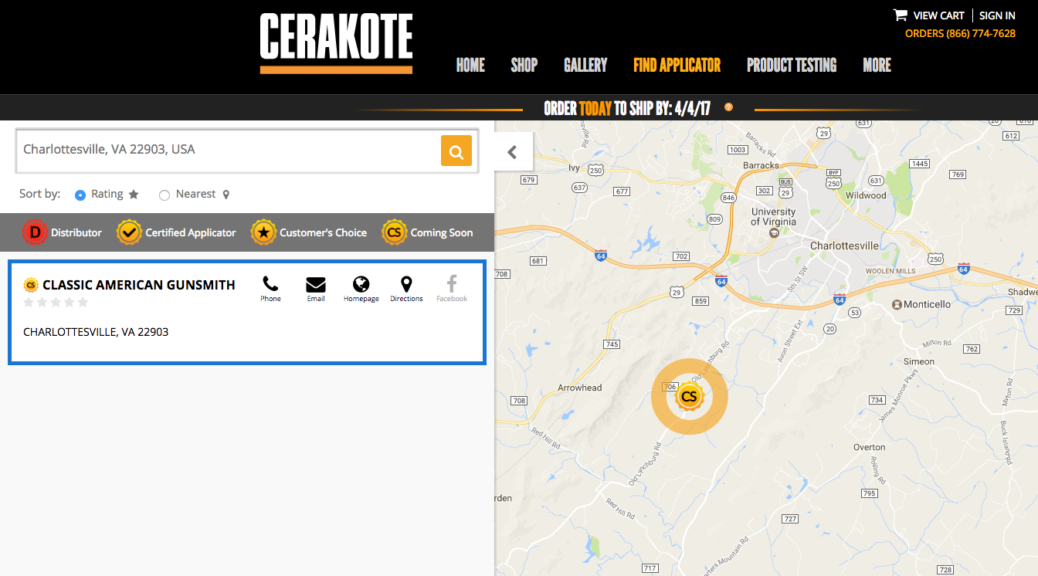 We have finally scheduled Cerakote Factory Certified Applicator Training. They are booked so far in advance that it is scheduled for Spring of next year.

Cerakote was nice enough to put us on their website as a ‘coming soon’ shop.